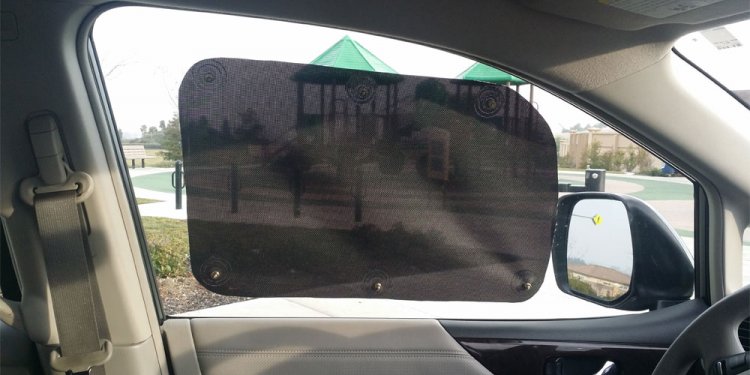 Applying sunscreen at the beach is a no-brainer. Applying it before getting behind the wheel? That’s less common.

But if you spend long hours on the road, especially during daylight hours, sunscreen may be a good idea.

Most car manufacturers install laminated windshields that filter out ultraviolet light. Rear and side windows are typically made of nonlaminated glass, which filters out UVB light, the chief cause of skin reddening and sunburn — but not UVA rays, which penetrate the skin more deeply and also cause harm.

In a study published last year in The Journal of the American Academy of Dermatology, researchers at St. Louis University School of Medicine examined the records and histories of more than 1, 000 patients referred to a local skin cancer clinic. They found that people who had spent the most time driving a car each week were more likely to develop skin cancers on the left sides of their bodies and faces — the side exposed to more sunlight while driving. In patients with malignant melanoma, the deadliest form of skin cancer, 74 percent of the tumors were found on the left sides, compared with 26 percent on the right.

In January, another group of researchers published a similar but much larger study in the same journal, using data on thousands of skin cancer patients collected by the National Cancer Institute. They found the same “predilection for left-sided skin cancers, ” but noted that the link was stronger in men, suggesting that women took more precautions, like wearing sunscreen, and had “more equally distributed sun exposure, including possibly spending more time in the passenger seat.”

In an enclosed vehicle, sunburn is unlikely, but deeply penetrating UVA rays can cause potentially harmful skin damage.